The Boid Everipedia page is located at:
https://everipedia.org/wiki/lang_en/boid-1

This page was originally setup by an early Boid community member in 2018 and should be totally rewritten. This would be a great place to summarize the progress and growth of the community over the past year along with the future goals of the project. Additionally we could highlight the features of the desktop application and social media site.

I would be taking up the first task. I have been using Boid for a while now and feel that I can do both the tasks with proficiency. Nevertheless I would like to concentrate on the first task as it and the move on the second task.

Getting there, slowly but surely. I have only one issue with adding pictures to the site it’s not letting me do it. I don’t know if @Straight_Forward has the same problem.

@john Top Movers on the app.boid.app are users that gained most Boid Power in the last 48 hours?

@john Top Movers on the app.boid.app are users that gained most Boid Power in the last 48 hours?

It’s more relative to your percentage gained. It’s meant to highlight new users who can easily double their power in a short amount of time since they are powering up.

I don’t know if anyone tried to edit any page in Everipedia but I have major issues with it. Writing text is absolutely no problem but when you try to do something more advanced like add pictures and links it goes crazy. Managed to make it work almost good by using Firefox but that also crashes the page when you add pictures. Went through Chrome, IE, Edge, all no good on Everipedia. Their support is nonexistent. Also tried on another laptop and no good. I used Windows in all cases. Maybe works better on Linux for some reason? 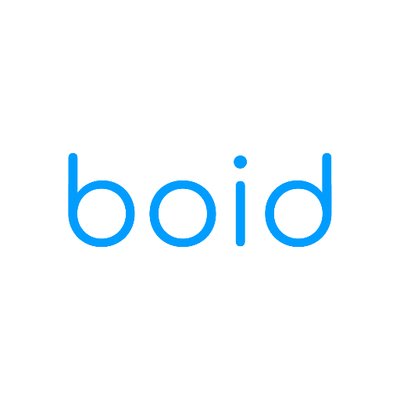 Ok I’ve added text info about app.boid.com on the site but no luck yet with adding pictures yet. I will keep you updated.

Seems to be working now I can see a video and photo were added. I also just added another photo. https://everipedia.org/wiki/lang_en/boid-1

It looks like it’s a common issue at the moment. Will try again later. @Straight_Forward any progress on your side?

I was able to upload an image today and it seems to work fine. Can you record a video of the issue, maybe display the chrome console as well while you are doing it to show any errors. Maybe it’s an extension you have installed?

no I’ve joined everipedia telegram group and they say it happens a lot recently to a lot of users and they are working on the issue right now. it works for a moment then it stops and so on. I will try again later.

@john Let me finish task no. 2 first and if @Straight_Forward won’t have time for task no. 1 then I will do it.

What’s the latest on this? Let’s finish this bounty up and move on to other tasks.

I will put some more stuff tomorrow regarding task no 2. Placing pictures on the page that’s another story. I don’t know if they are on early alpha version or what but editing everipedia pages and adding pictures is a pain at the moment