How to install Folding at Home (Quick Start)

This section roughly goes over how to get started folding quickly with the FAH software and the default FAHClient settings (Skip this if you are using the Boid Client). 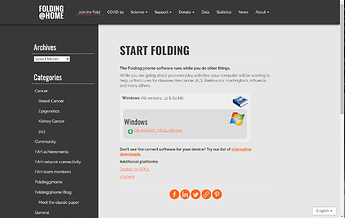 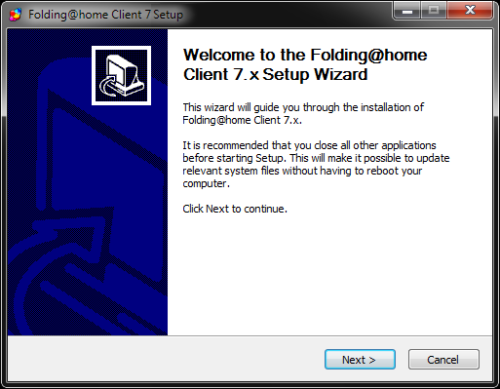 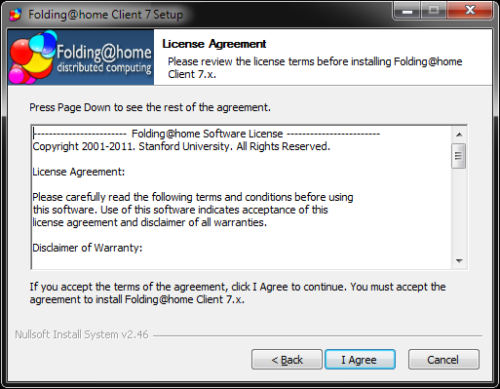 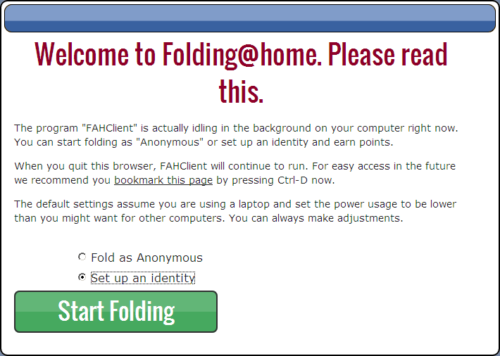 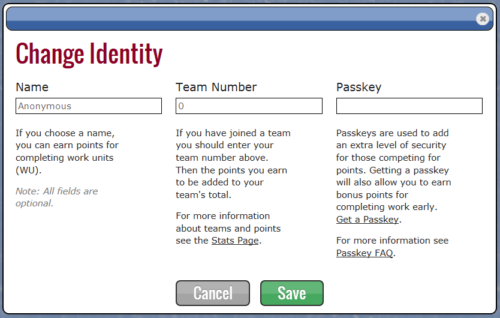 When open your FAH client should look like this example:

(example of a boid_id that is setup on the Telos Testnet)

Folding in The Dark: Install from:

FOLDING AT HOME IN THE DARK

Once installed on the local machine navigate to https://client.foldingathome.org/

Folding in the dark allows for many advanced Features not available in the default client. 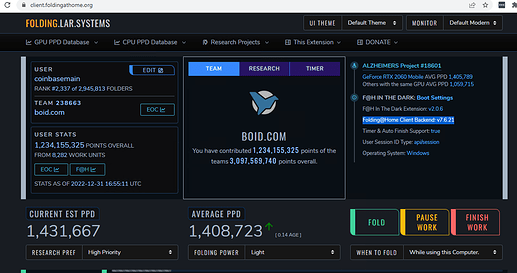 A useful feature in folding of the dark is having the ability to set which projects your device uses, whether or not you you at late medium or full folding power, and toggle between when to fold being when you’re using and when your computer is not in use.

In this example we have a timer which allows you to pick the time of day that folding starts and stops. 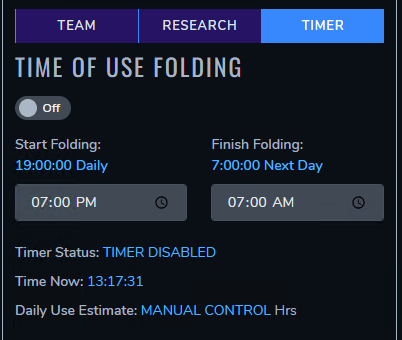 In this example I’ve set the timer to run for 12 hours per day, and to run until it finishes and stops. 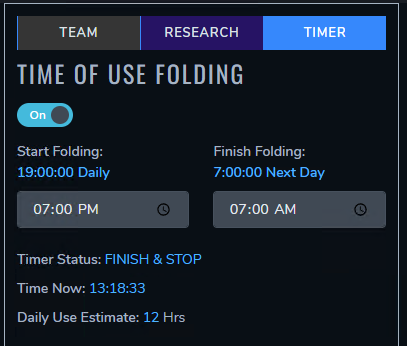 The dropdowns has three positions and two running options: